Since we were little we have always been fascinated by Super Heroes as we cheered for them in their constant battles against Super Villains. The thing is that, inside you, the same constant battle is taking place every day… There is a Super Hero and a Super Villain inside each one of us … but …  who is winning?

Reading comics you will notice that Super villains are destroying everything around them, causing distress and wreaking havoc, causing fear and limiting people’s dreams and lives in one way or another. The Superhero on the other hand is fearless; he chases villains, stops fear and panic and lives to see people’s dreams fulfilled and protects them.

The same ongoing battle happens within each one of us. We have both the villain and the hero deep inside and it really depends on us who will win. And when I say depends, it all comes to which of them you are feeding daily.

Most people, although they desire for the superhero to win, they are daily feeding his counterpart and lets it take control of their lives.

Let us identify their characteristics:

The Super villain within: As comics’ villains, he is threatening, not the humanity but ones dreams, aspirations, mindset and lifestyle. As it represents a “criminal counterpart” the super villain within manifests himself first through fear, panic, guilt, worries and many other negative patterns. Example: Fear of chasing your dreams, the guilt of not acting manifested through stress or depression instead of determination.

The ultimate goal is to limit your potential and get you caught in his game where you are feeding him constantly with your energy. The villain is comfortable when you procrastinate, when you forget your goals and lose yourself in your so called “comfort zone” which is his territory. Your ignorance is bliss, but only for him in order to grow stronger day by day. 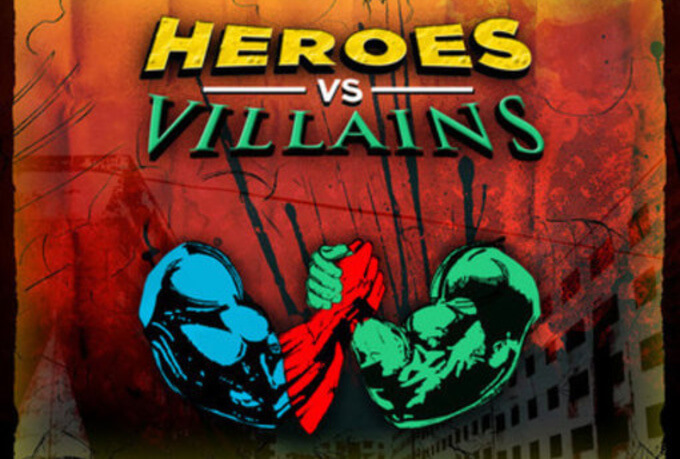 The Superhero within: The Superhero exists in each one of us, but he is weak, because of so many battles lost against the villain. Although, he has not lost hope, and with every little bit of energy that we feed him through determination and intention, he rises, even for a second to take your stress, worry and fears away as comics’ superheroes fight against all odds and keep people safe.

As we made it clear before, the villain is feeding of your negative energy that your emotions and inaction radiate.

Feeding the hero is exactly the opposite:

1)  Start acting with determination: Make that first step in chasing your dreams, that dream that will make you live with passion. Not making great use of your superpowers it’s pure waste. What would happen if superheroes stop using their superpowers and start living a daily random life. Who would defeat the villains then? Who will defeat the villain inside in your case?

How? Get a piece of paper ( A bigger one since you will use it for the other steps too) and write down your biggest dream. Done? Now write down 3 steps you can take now in order to follow that dream; also get some deadlines down for those steps.

2) Break all the bad habits and replace them with better, stronger ones: All superheroes improve after their fights even if it is a lost one; Also they have a daily routine to help them become stronger, faster and smarter with every passing day. They are in a continuous state of improvement. Why shouldn’t you do the same?

How? Having the piece of paper in front of you, write down top 3 habits that you want to remove or replace. Prioritize them by how soon you want to remove/replace them. Now you have one week for each habit to change it. More on breaking habits HERE.

3) Remove your fears and fight for what your heart truly desires: All superheroes have their weaknesses but they do not ever take a step back or run in fear, even if they fall 1000 times, they get up 1001 times, because people’s lives and dreams depend on them. But in this battle within yourself, it is about your dreams and the quality of your one life depending on the superhero within. That is more than enough.

How? As in the habits part, write down top 3 fears that you have. Also prioritize them and confront them in that order. Feel the fear and DO IT anyways.

Following the 3 steps above you are enrolling in a journey to grow the superhero within and help him win the war.

I can bet that by now the super villain has won most of those battles. Now tell me: