As a marketing consultant & specialist and the head of a large movement to promote the sustainable lifestyle I’m often asked to answer a very popular question: “what is the best way to do online marketing?“ and my answer might be surprising to many…

The truth is you shouldn’t.

Marketing is purely a form of self promotion where as storytelling allows you to position yourself as the hero solving a major issue – it’s the difference between buying an ad in the newspaper as oppose to being written about in the headlines.

So how do you become the go to experts or source for this news or for whatever you may be promoting? How do you get peoples attention and also build a living through it? How do you tell an engaging story that springs a movement?

The simplest way to upgrading your marketing into a movement is to put together these 8 key elements – which given that I run an online school known as Superhero Academy I will also explain through the running example of one of my superheroes: Batman.

The first thing that is crucial to every movement is a negative reputation environment. What that eludes to is the environment in which major problems are cast on a macro level. For example an economic depression, a period of environmental degradation, poverty, a time of oppression, corruption in government or any day to day problem that is unaddressed like traffic. These are all examples of how the surrounding environment being cast in a negative light and the context of the story needs to be ripe.

When people feel this negative environment around them they are much more hopeful and anxious for a hero to emerge and a new story to be told. The bigger the problem – the bigger the movement.

TIP: Timing is therefore not to be understated as the emergence of this message is more likely to explode after a big headline at the right time than it would without this environment present.

This being said if we refer to Batman – Gotham is a city with quite the negative reputation. One for being violent and crime ridden. A city with many criminals lurking around every corner and lots of corruption and unrest. Thus in this environment the next element within the story thrives… 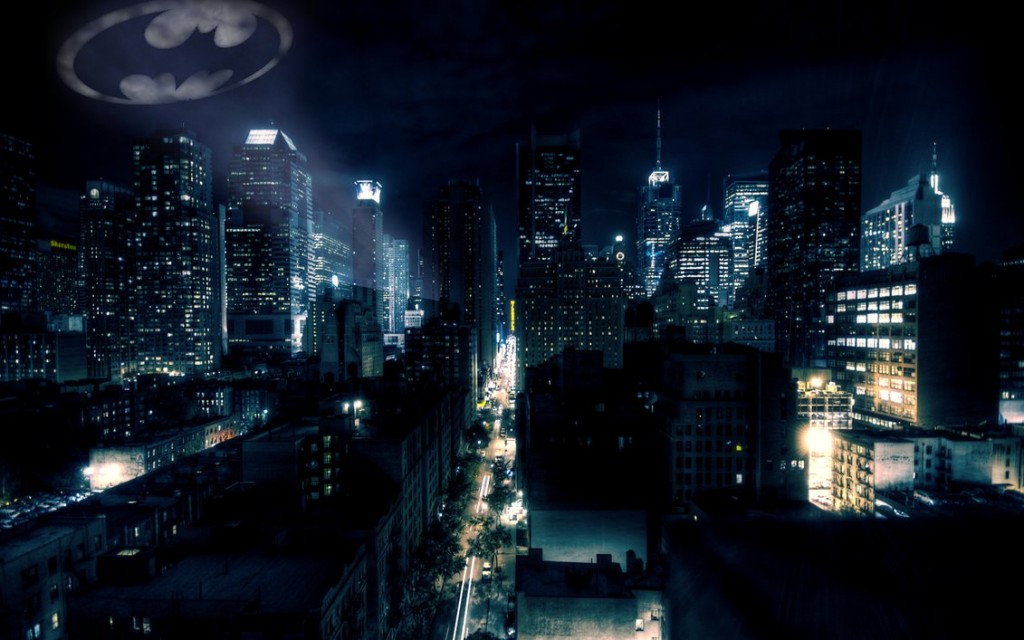 In any superhero story there is always a Villain and in fact it is the villain who drives the plot.

Without the Joker, Batman would have no enemy to save Gotham from despite the problems of Gotham being beyond just the Joker sometimes the Villain really symbolizes the issues and might actually turn the tides in spirit.

Being able to point a finger at a very specific issue that you can solve for your potential clients is far more powerful than being vague about the issue at hand.

In the same way that an large tragic event can spur a war within a negative reputation environment – we always need to know the name of the specific bad guy for things to accelerate and for those to direct their pains towards. We always want a face to be in front of the fingers we point. There is a difference between tackling a problem like “terrorism” as a threat and point at Osama Bin Laden for example. Knowing this can therefore be more powerful.

TIP: It’s also important to note that people must see the connection between the Villain and why the Negative Reputation Environment is being caused by said Villain and be hopeful that in conquering this Villain that things will revert to the positive. Humans are a hopeful breed!

People fight wars for Freedom – not for ending evil. 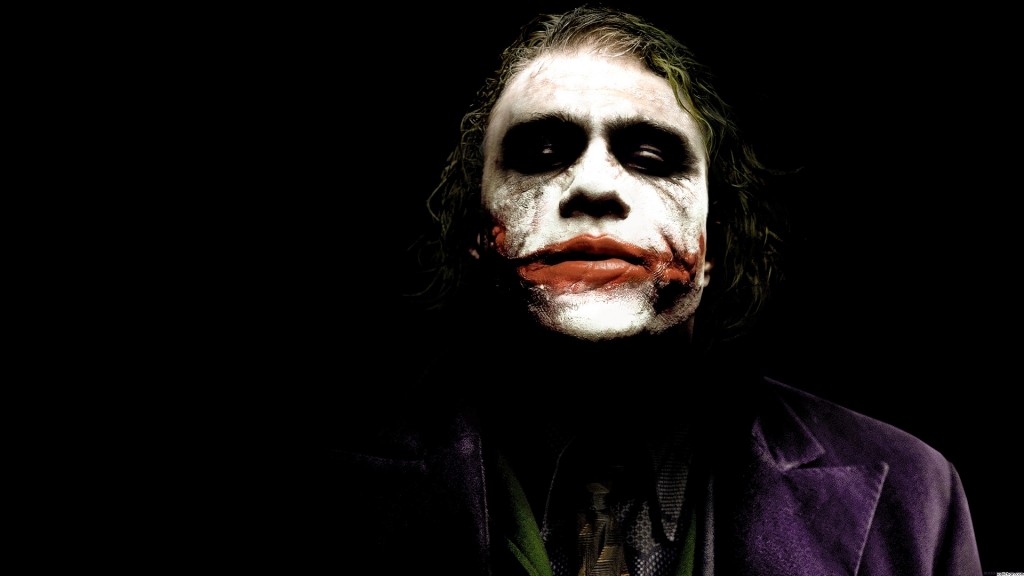 For a movement to come to life – there needs to be a figurehead who leads it.

We are much more trusting and invigorated by the enthusiasm of a person
as oppose to just a cause.

You might call them puppets if you are referring to political leaders or visionaries if they head a large corporation with good PR but they are all people who we rally behind and every movement needs a leader to reach critical mass. This is not to say that the leader doesn’t have a team but only to say that for a stories purpose it requires a more sharp focus for us to follow. Let us remember that there is a reason our society has organized to have “Presidents” or “Kings & Queens” throughout all of history.

TIP: There is two ways to move mountains – the first through brute force – the second is through force amplified by inspiration and motivation and a leader is the best way to provide such.

IMPORTANT NOTE: A leader is not quite a Superhero!

There is a difference between Bruce Wayne as a leader and Batman as a Hero.

If your story starts with a Negative Reputation Environment and a Villain and paints your solution immediately as the Hero you will fail to convince people and come off as “salesy” or gimmicky. Heroes are not self appointed, the people must make that decision and see them in that light by their own accord but a good story can sway them to feel that way. 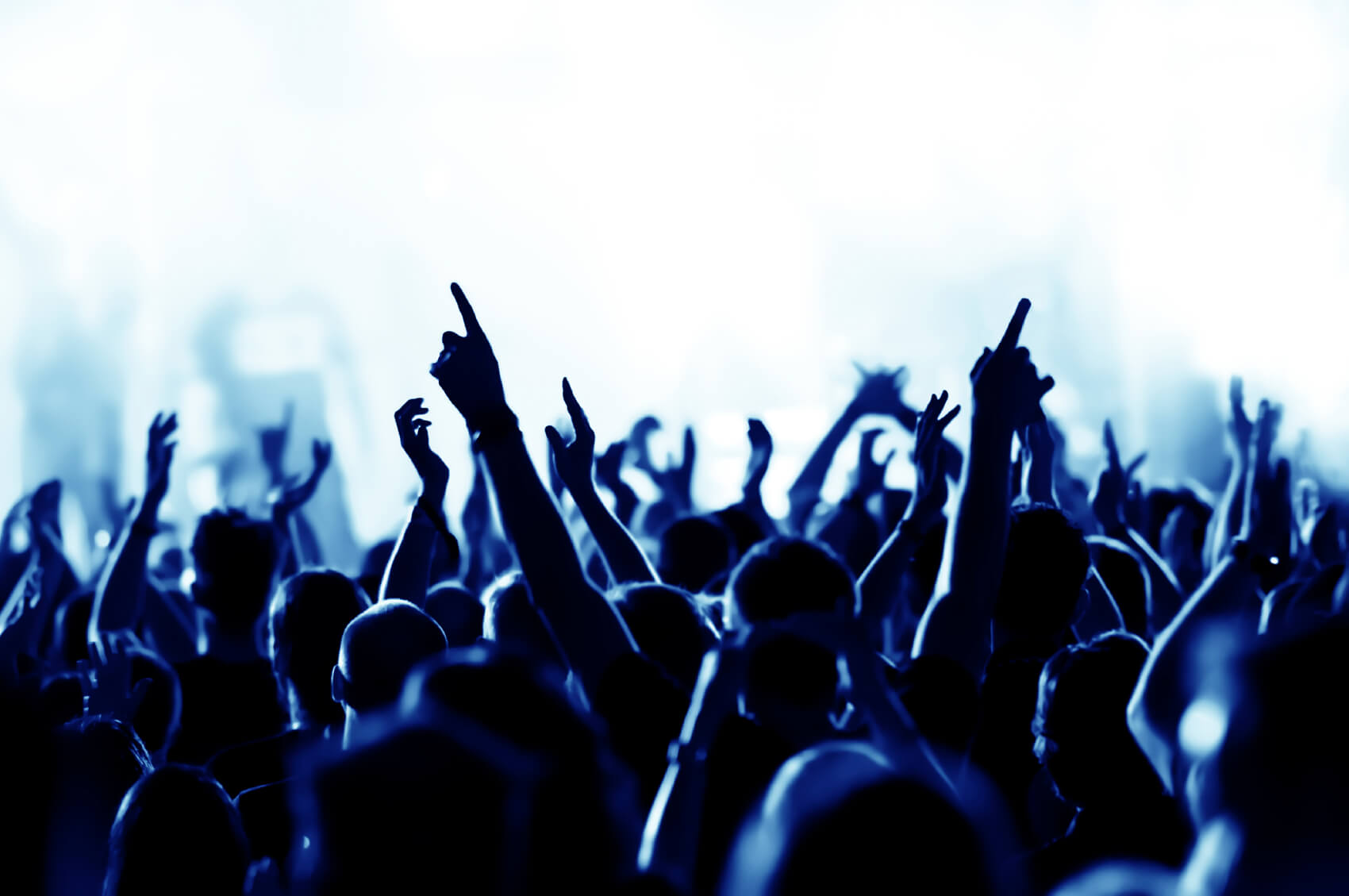 Although it seems intuitive to have an existing audience get behind a movement, for the movement to grow into the mainstream it must escape the boundaries of the already existing supporters. A movement to save the rainforest won’t make waves around the world if only the “tree huggers” and “hippies” who have been screaming about such for years are to do something but would gain major attention if a unsuspecting supporter or group of supporters all of a sudden jumped to its rescue.

Thus who are key influencers and types of people you might need to convince that are beyond your target audience or typical avatar that might sway people to join in. A good question to ask yourself is: “Who is the villain affecting that might not be paying attention?”

TIP: Nobody is surprised when people act as they always do – but we pay attention when those same people don’t.

In the case of Batman, in every movie it seems like people don’t see Batman as a hero and in fact as a villain. However as the story unfolds and Batman wins over the hearts of the cops and journalists the people of Gotham seem to now champion him as their saviour. Remember they can only feel grateful for being saved – if they also felt the danger and posed by the villain or else nobody would have cared.

To gain the attention of the unsuspecting audience you must first point them to the Negative Reputation Environment and the Villain before showing yourself as a leader of this new found tribe. 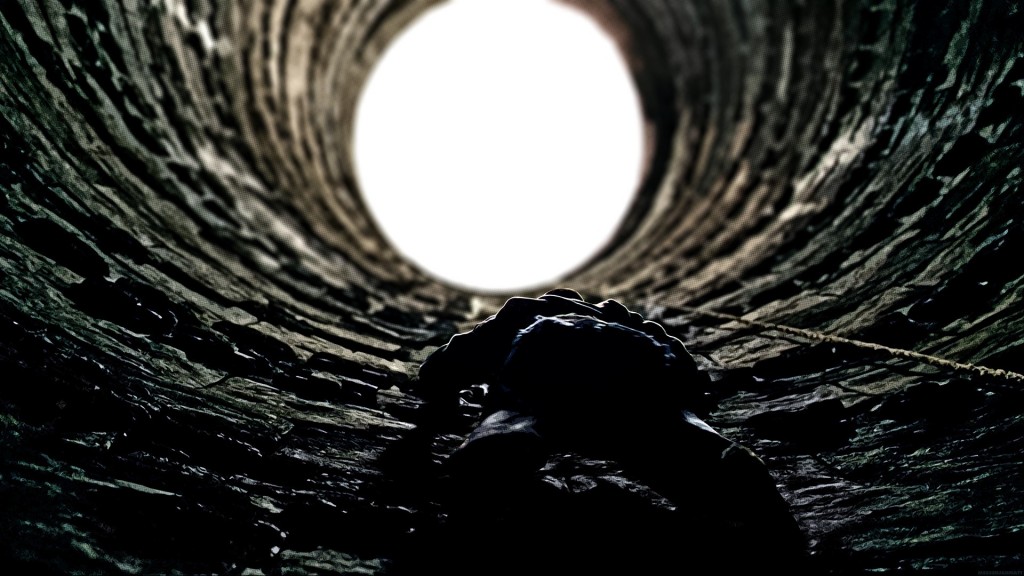 Speaking of surprise the next most important element of any story is the trigger.

The catalyst moment that inspires a hero to stumble and fall before the rise.
It is at this moment that a hero must emerge naturally.

This moment should always come as a shock and serves as the key inspiration for the entire remaining plot of the story (or until the next trigger event) and helps rally the troops around a collective purpose. We always love a great underdog story, a story that unfolds against great odds or a classic David & Goliath but what turns the tides is the constant reminder of this trigger and the retelling of this story.

For example, Batman had to fall against Bane and be faced with extraordinary obstacles to achieving his mission and had to  “Rise” like a phoenix to overcome such. It is at the moment where he jumps without the rope – that he risks it all that we the audience crown him a true hero. To start a movement you must truly show your commitment to the cause – not just your commitment to earning a living or selling a product but also be committed to it when the seas are rough.

To outline such with your brand or story – you should look for moments of hardship and pain and display how you overcame the odds and inspire with your brave mindset you have now been granted with!

TIP: Authenticity is the new currency and it is cultivated through vulnerability.

For a story to truly be inspiring and carry forward in the long term we love to hear how the leader becomes a hero.

Triumph for sparking a movement is not about winning the war but in fact about consistently fighting the battles. Although a great Superhero movie ends with a happy ending a real movement is found not in the end of a story but in the telling of it. The movement is in fact the plot of said story and march against the current negative environment and villain.

Remember they did not crown themselves as superheroes – they were choosen by the people to be them. Like Obama did with “Hope” & “Change” so must your brand do with a symbolic fight against the villain.

TIP: Ask yourself: What are key words and themes you can anchor into the minds of your audience that will show your dedication to this cause?

These words will become the driving force behind your cause for a long time to come. You must parade them around like a band plays its classic hits. Everyone wants to hear them regardless of how many times they have heard them before.

Once people have identified their leader, and are frustrated with their current condition – the negative environment and the villain, they will be more than ready to follow or join the movement.

People want to be a part of something bigger than them. They want to play a role in the bigger story and one must allow them to do such and become a follower.

The most successful movements don’t tackle small problems – they fight the biggest Villains.

For someone to be a part of a movement the leader must trust those who follow and support it will fly the collective flag of this movement proudly. They must be given tasks of some importance and significance to the movement and be allowed to step up their roles within it. There is no way to sustain a true movement without truly caring for those who follow. For Batman this care extends to the city of Gotham and its wellbeing and continuous fight against it’s negative reputation.

TIP: It is not the leader who really inspires the movement but actually the first followers who are crucial to making it unfold. 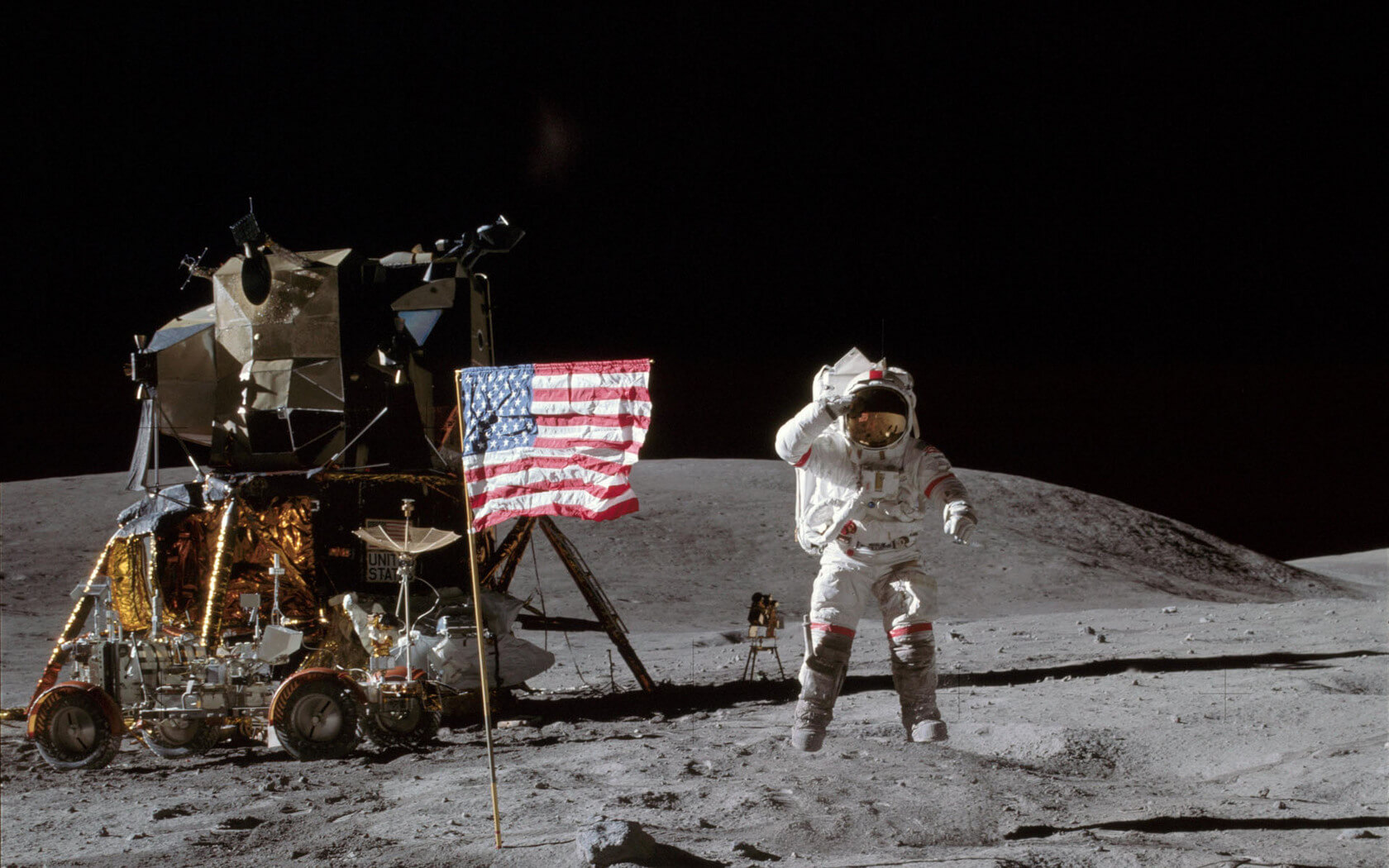 It took a whole lot more than an Astronaut to land on the moon and not everyone in the movement will be remembered for a line like “one small step for man…” but it is important that they and the public feel a part of the accomplishment nonetheless.

To fight without a cause is to fight a losing battle. For a movement to stay alive and healthy there must be a common purpose and goal that continues to serve as the drumbeat of what needs yet be done still.

The larger the goal the more support it will garnish as the more it will need. People do not stand behind a movement for long unless the goal is extremely clear.

Movements like Occupy Wall Street are an example of having all the right elements but lacking a very specific hero and common purpose.

Batman’s goal is very clear – foil the plot of the Villain and restore peace and safety to the city of Gotham – there is no doubt about it and thus it is what the movement bands together to see happen.

To conclude all I can say is you only live once. To focus on marketing for personal gain seems to be a fruitless endeavor versus building a true legacy through a movement.
Nobody writes in the history books about those who ran businesses but about those who inspired the world and made a real difference.

So I leave you with a simple question… 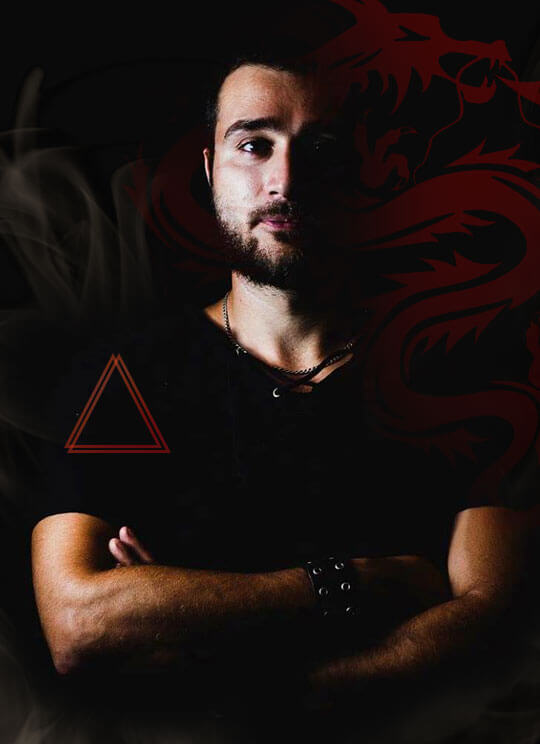 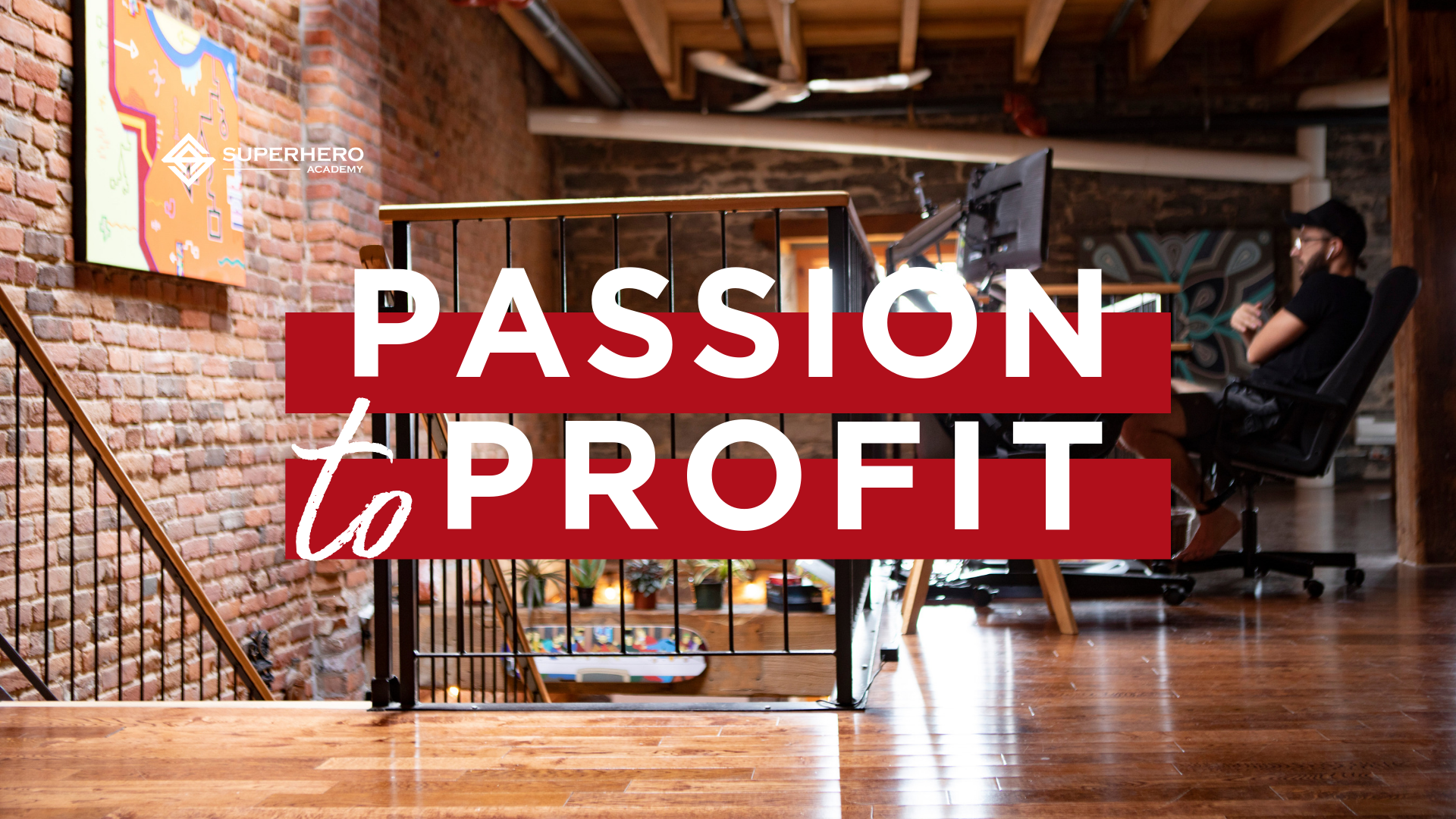